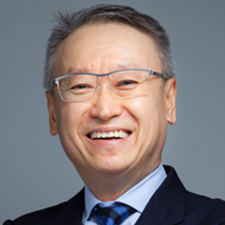 Currently Head of Department of Cardiac Radiology, National Heart Centre Singapore and Senior Consultant at the Department of Diagnostic Radiology. His primary interests are in Chest and Cardiac imaging and was the attending radiologist at the weekly Chest multidisciplinary team meeting at SGH for 20 years.

He trained in United Kingdom, initially in internal medicine and subsequently in Chest medicine. He obtained Membership of the Royal College of Physicians (UK) during this period.

He subsequently trained in Radiology in London at the Westminster Hospital rotation and is a Fellow of the Royal College of Radiologists. His training in London included stints at the Royal Brompton National Heart and Lung Hospital and the Royal Marsden Hospital.

He was a consultant at Tan Tock Seng Hospital before joining Singapore General Hospital where he was Chief of Body Imaging in the department from 1999-2018.