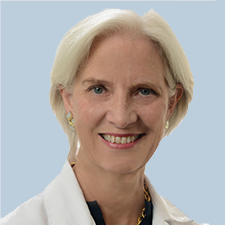 Professor Mary K. Crow, M.D., is Physician-in-Chief Emeritus at Hospital for Special Surgery, Professor of Medicine at Weill Cornell Medical College, and Professor of Immunology in its Graduate School of Medical Sciences. Dr. Crow is also Senior Scientist, Co-Director of the Mary Kirkland Center for Lupus Research, and Director of the Autoimmunity and Inflammation Program at Hospital for Special Surgery’s Research Institute where she holds the Benjamin M. Rosen Chair in Immunology and Inflammation Research.

Professor Crow received her M.D. from Cornell University Medical College, Internal Medicine and Rheumatology subspecialty training at New York Hospital and Hospital for Special Surgery, and post-doctoral research training at Rockefeller University. Professor Crow’s research has focused on the induction and regulation of human autoimmune diseases, and she continues to investigate the cellular and cytokine mediators of immune system activation and inflammation in those disorders. Her leadership roles have included president of the American College of Rheumatology, president of the Henry Kunkel Society, and she has been co-chair of the Scientific Advisory Board of the Lupus Research Alliance. In 2017 Professor Crow was named an honorary member of the European League Against Rheumatism, in 2018 she received the Presidential Gold Medal of the American College of Rheumatology in recognition of outstanding contributions to rheumatology over an entire career, and in 2019 she was recognized as a “Notable Woman in Healthcare” by Crain’s New York Business.